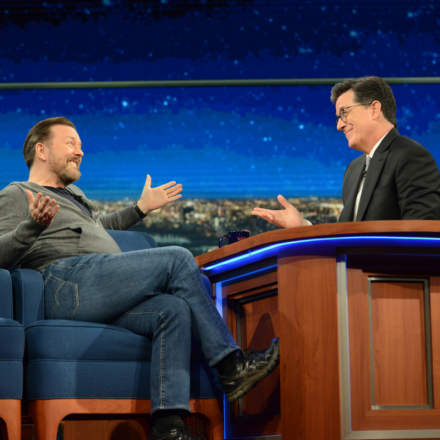 In a recent interview with Stephen Colbert, the British comedian Ricky Gervais discussed religion. Colbert, an avowed Catholic asked Gervais provocatively about the existence of God as prime mover:

But why is there something rather than nothing?

Gervais, an agnostic-atheist, countered that the question “why” was irrelevant. Rather, HOW was a much more relevant question.

Colbert, a monotheist would deny the 2999 gods of other religions, but maintains one ….the Judeo-Christian God.

Ricky adhers to the scientific process, exploring the eternal laws of the universe, without needing a recourse to theism to accept existence or manufacture morality.

But science is constantly proved all the time. If we take any fiction, or any holy book, and destroyed it, okay, in 1,000 years time that wouldn’t come back just as it was. But if you took every science book and every fact and destroyed them all, in 1,000 years they’d all be back — because all the same tests would be the same results.

What is interesting about this exchange is the elision of several hundred years of western philosophy.

Friedrich Nietzsche stated at the end of the 19th century, ‘God is dead’. This was not a triumphant declaration on behalf a race who had finally overcome millennia of slavery to the dreams and fairy-tales of their ancestors.

It was a melancholy observation of his times and a gloomy foreboding of the consequence of this for subsequent generations. 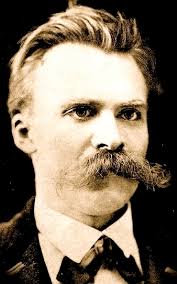 Without an understanding of a realm of absolutes, it was not morality that is corroded….. but meaning and identity.

The 20th century found itself contending with existentialism, subjectivism, post-modernism and individualism.  We live in a culture of “alternative facts” in which even the foundations of empirical rationalism can be declared “subjective.”

If all the books disappeared from the world, along with all memory of what they contain, humans would return to campfire story telling dreamers. We would return to pre-scientific intuitive learners, oral historians, mythmakers and poets.

We would become religious again.

Knowing this, Carl Jung, following from Nietzsche, sought to re-understand religion and myth, plumbing the depth of our dreams to understand ancient narratives and legends and apply them to human psychology and culture building.

Should all the books of the world disappear, we would have to rediscover the scientific process.

This would require a relearning of an ability to know, to form meaning and have identity.

This would, as it did with the Greeks, the Hindus, the Chinese, the Hebrews, our scientific forbears (and all highly spiritual people), be forged within a framework of absolutes; a transcendental realm in which ideas and knowledge are – within the mind of God.