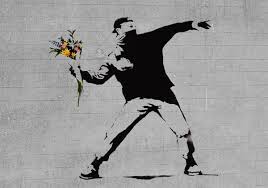 Various metaphors are used for artistic inspiration and expression.

An apocryphal quote attributed to Michaelangelo,  sculptor of the statue ‘David,’ is retold like this. When asked how he came up with his masterpiece, Michaelangelo simply replied:

You just chip away the stone that doesn’t look like David.

The artist’s perception is that there is something in the stone that he, the craftsman must simply discover. This renaissance thought had much in common with classical ideas of inspiration.

Ancient poets and playwrights described the source of their inspiration as a divine ‘muse’ or a goddess responsible for arts and knowledge. This muse could be capricious, visiting the artist somewhat whimsically and contributing to great floods of inspiration or terrible creative blocks.

Elizabeth Wilson, author of “Eat, Pray, Love”  in her great TED talk discusses the merits of modern artists rediscovering the ancient notion of a muse.

Other artists refer to their work as “children”, conceived in the brain and growing until they cannot but be birthed with great labour pains. Another writer once described his ideas like little puppies, following at his heels and tripping him up until taken out for a run. 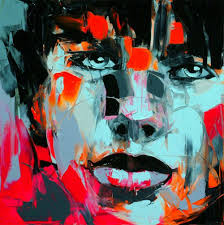 Whichever way one considers inspiration, expression remains the same. Artistic expression is “work”. Whether the sculptor discovering the “David” within the marble, or the poet transcribing lyrics delivered by a muse, or an artist gestating ideas and bringing them forth with great labour pains, as birthing a child, the common theme is clear.

Inspiration is often a gift received, while creative expressions is a gift given.