In another great short clip, TED-Ed provides a summary of how fiction, shapes perception.

At Bear Skin, we concur !

For more videos such as these, you can go to www.ed.ted.com

This blog often questions “What makes a good story?” and “Why can some stories absolutely entrance, bewtich and transform us?”

How can human-made squiggles on a page, reflect lights into our eyes, that sends signals to our brains, that we logically and emotionally decode as complex narratives, that move us to fight, cry, sing and think, that are strong enough to hold up a world that is completely invented by the author, but also to change the readers perspective on the real world that resumes only when the final squiggle is reached ?

The key is believability. If your characters understand their world and its rules your readers will – and will inhabit it with them. Taking the fictional world utterly seriously is the first step to architecting the narrative that follows.

The truth is your imagination and a willingness to figuratively live in your own world are all you need to get started writing a novel. 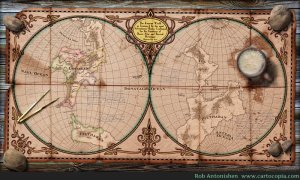 The power of art is to speak the truth. In fact, it is of utmost importance that artists treat their work and their subjects as real places with living beings. Audiences detect fakes – even within fantasy worlds. How curious, right? Ethan Gilsdorf affirms my views in his latest review of  “The Hobbit: Battle of Five Armies” in Wired this week. He scathingly decries Jackson’s prequels as “losing the plot” – literally. He writes:

J.R.R. Tolkien once said that “believable fairy-stories must be intensely practical. You must have a map, no matter how rough.” But in Peter Jackson’s new and final Hobbit film, The Hobbit: The Battle of the Five Armies, which opened Wednesday, there is no map. There’s not even a plan. We veer far not just from Middle-earth, but from all plausibility.

Gilsdorf continues to list sequence after sequence of mind bending CGI chases and escapes. He lists among them, rabbit-drawn sleds, physics-bending chases along wooden catwalks and bridges within the Goblin caves, fights sequences which resort to three-stooges antics and pratfalls, river barrel rides resembling a theme park ride, and a silly elf-dwarf romance planted surely to appeal to teenage girl audiences  – and many others which undermine the credibility of the films.

You can’t fault Jackson for his physical world-building. The attention to detail—every set, every special effect, every prop and suit of armor and ruined town, every last smouldering candlestick and dragon scale—is unparalleled. Middle-earth feels real. But in these Hobbit movies, the more important thing to get right is situational realism: How the plot turns, what the characters do, if they move through space in a believable way. All this is thrown out the door. The sincerity of Thorin and Bilbo’s struggles is completely undermined by the story’s blanket disregard for physics, logic, and credibility. Gone into the ether is Tolkien’s gentle, thoughtful, and more plausible children’s tale.

The new Battle of Five Armies, stoops to even lower lows in Gilsdorf’s mind, to reach new levels of computer generated “kinetic fury”, more like “Mortal Combat” than an epic masterpiece of literature or film.

“Without the cooperation of the Tolkien estate, there can’t be more films,” Jackson said at a press conference after The Battle of the Five Armies‘ world premiere in London. At the moment, Tolkien’s heirs don’t seem eager to sell the movie rights to any of his other works. Like the Elves who depart Middle-earth for Valinor, it seems that Jackson’s hold over Tolkien’s will someday fade.

Not unlike George Lucas’ efforts to revive Star Wars,  Jackson it seems has largely messed it up for die-hard fans, with shallow characters and an over-reliance on CGI and effects. Modern fantasy has its roots in classical myth and legend, something Tolkein knew intimately. He respected ancient literature and language and sought to create a mythical saga that rivalled the greats.  The time he spent crafting languages, a depth of history, genealogies, sub cultures, geographic believability and a political and economic environment,  all created architecture for his characters to live and breath real lives.

When we read, watch or listen to a story – we inhabit the story. For many audience members, this inhabitation is not merely an escape for 2 hours on a holiday but a journey they will be willing to make again and again if the world is crafted carefully for them to be believable and the journey of the protagonists a journey that brings them self realisation, courage or peace.

May we have more fiction that tells the truth.

This delightful video by Mac Barnett on “Why a good book is a secret door”  brilliantly depicts the power of narrative – wonder, joy and beneath the fiction – TRUTH.  Citing Pablo Picasso, he reads,

“We all know that art is not truth. Art is a lie that makes us realise the truth, at least the truth we are given to understand. The artist must know the manner whereby to convince others of the truthfulness of his lies.”

To add my thoughts to Picasso, we have the ability to engage in poetic belief, because narrative is so closely aligned with our dreams and our dreams spring from our deepest being.  If we allow ourselves, we can read stories with the automatic comprehension of one who dreams. An artist needs no more to convince others of their lies, as to convince other they are dreaming.