Having recently visited Paris one cannot escape the fascinating and brutal history of the French revolution and the reign of terror, in which the angry, hungry and oppressed middle class rose up against the monarchy, tried the King and Queen for Treason and promptly executed them by guillotine. Altogether over 2000 nobles were beheaded or shot as France transitioned to a republic in the late 1700s.

Marie Antoinette was a curious figure in this time of history. Child bride at 14, the Austrian princess once caused a riot when she appeared in public such that 30 people died. Famous for her lavish lifestyle, popular and loved, how could it be that only 20 years later she was executed by her own people?

Have you seen someone adored and loved, however in time cast down from public favour? In an earlier Bear Skin post, I reflected on Why Do We Love Royalty, finding that we humans look always to role-models and heroes, even amongst our own mortal peers, willingly ascribing to them almost divine attributes. However, this adoration lasts so long as the one we adore and elevate can sustain our admiration and uphold our well being. As history has shown, those in power, while the most loved and adored, are also the subject of frequent efforts to overthrow or humiliate should they show any lack of perfection.

In many monarch states, legislation such as The Treason Act 1351, ensures that dissidents who seek to overthrow the monarch are punished by death. This law protects one in power even if unwise, underage, elderly or infirm, and sustains the ruler by right rather than merit. They are to be succeeded only by the heir-apparent.  This secures a stability of leadership transfer, however, monarchies have still suffered overthrow if these rulers do not respect the rights of the people they represent, as the French Revolution so bitterly demonstrated.

In more pedestrian  social dynamics, we find the emergence of the “queen bee” or “alpha male” types who attain status among peers by natural wit, good looks, dominant personalities and a forceful manner.  This “rule of law” works to ensure adoration in so far as humans willingly cede power to one they feel a role model of leadership.  To maintain status, these “Queen Bees” and “Alphas” learn soon to keep others under their power by humiliating and dominating with put downs and insults.  Oddly this plays into the psychology of many sycophants, who are simply looking for someone, anyone to lead, and their mistreatment only an affirmation of their low self esteem. However, there are always some who will rise up in resistance to such bullying and either, face exclusion from the pack, or will overthrow the dominant personality and take their place.

Many fairy stories contain the “archetypal nightmare” of the “wicked step-mother,” a person in power who does not seek the welfare of the child but one who seeks their demise. Since true parents willingly self-sacrifice for their children, and make way for their child to grow by diminishing their own glory, a “step-parent” is the very embodiment of a nightmare, a monster parent who seeks the death of the very child which would grow to flourish and take their place.

In the struggle for alpha status, adoration of leaders comes with a conditional clause, that this powerholder maintain status so long as they sustain one’s own life.  As one grows to maturity, the alpha’s status is threatened, meaning one has little recourse except to execute or abandon the god-king which holds one under its grip. That is unless the leader has a parental love for his or her people, making way for their growth and flourishing with self sacrifice.

In life, it seems we seek a king, we adore the king but later, more often than not we need to “kill the king” in order to prevent “being killed by the king”.

Why does this happen? And what is the solution?

In the Hebrew scriptures, the Israelites  were a family of tribes with no king until they saw the nations around and began to clamour for one.

…..He will take the best of your fields and vineyards and olive groves and give them to his attendants. …He will take a tenth of your flocks, and you yourselves will become his slaves.

When that day comes, you will cry out for relief from the king you have chosen, but the Lord will not answer you in that day.

But still the Hebrews wanted a king and so they were granted one. Little did they know that they created something that they would later wish to kill.

At at time when the Jews celebrate the passover and the memorial of being released from slavery in Egypt, Jesus claims to be the King of Israel was both met by acclaim and hatred. The tension reached a crescendo the Friday night of Shabbat of the passover feast, and the people surrendered him to the Roman authorities to be executed.

The supreme irony is that within the Hebrew narrative, YHWH created humanity to be a nation of kings, a tribe of priests without a monarch and yet the Jews clamoured for a ruler.

In Luke’s gospel, two men walking out of Jerusalem after the Passover feast, met a mysterious man who accompanied them. They explained to the stranger what had transpired and how the hopes of their nation were dashed when the religious elite had arrested and executed the one who would liberate his people. Christ, then in disguise, asked the companions,

…How slow are your hearts to believe all that the prophets have spoken. Was it not necessary for the Christ to suffer these things and then to enter His glory?”  And beginning with Moses and all the Prophets, He explained to them what was written in all the Scriptures about Himself.…

When the Israelites felt oppressed by rulers, the located their anger on the man-god who claimed to liberate them. Perhaps most profoundly we find that the Israelites did not in fact “kill the King” but that the King, like any loving parent, willingly gave his life up for them to come into the realisation of their own royalty and fulfilment. 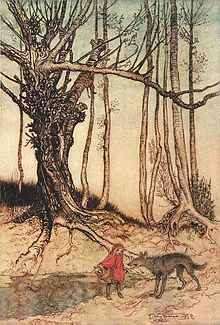 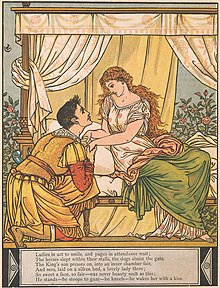 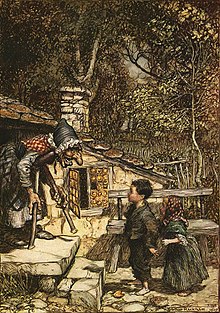