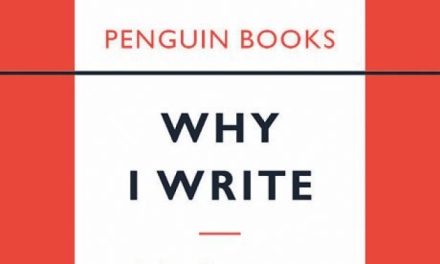 In a short essay entitled, “Why I Write,” [1946] George Orwell outlines the four motivations that drive all writers.

First, he states, is ‘sheer egotism.’

Desire to seem clever, to be talked about, to be remembered after death, to get your own back on grown ups who snubbed you in childhood etc.

This condition is not limited to writers, he clarifies, and is shared by scientists, artists, politicians, lawyers, soldiers, successful businessmen etc. 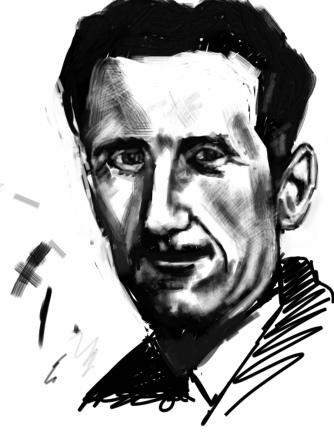 Perception of beauty in the external world, or, on the other hand, in words and their right arrangement. Pleasure in the impact of one sound on another, in the firmness of good prose or the rhythm of a good story. Desire to share an experience which one feels is valuable and out not to be missed.

Desire to see things as they are, to find out true facts and store them up for the use of posterity.

Desire to push the world in a certain direction, to alter other people’s idea of the kind of society that they should strive after.

In Orwell’s mind there is no such thing as a book genuinely free from political bias.  The opinion that art should have nothing to do with politics, itself is itself a political attitude.

Orwell confesses that he is a person in which the first three motives would outweigh the fourth. However, for him personally, an unsuitable profession in the Indian Imperial Police in Burma, followed by poverty and a sense of failure, increased his natural hatred of authority and made him fully aware of the working class.

Then came the Spanish Civil War and Hitler.

Every line of serious work that I have written since 1936 has been written, directly or indirectly, against totalitarianism and for democratic Socialism, as I understand it.

He cannot believe anyone could live in his a period like his own, and avoid such topics. The challenge is to be aware of one’s political bias and to act politically without sacrificing one’s aesthetic and intellectual integrity.

My starting point is always … a sense of injustice… I write it because there is some lie that I want to expose, some fact to which I want to draw attention, and my initial concern is to get a hearing.

He concludes, however, that he does not want the reader to think him selfless or his writing wholly public spirited. Oh no. All writers, himself included, are vain, selfish and lazy. Yet beyond motives, there lies a mystery.  Writing a novel is …

…a horrible exhausting struggle, like a long bout of some painful illness. One would never undertake such a thing if one were not drive on by some demon whom one can neither resist nor understand.

However, when Orwell wrote without political purpose, he claims he wrote lifeless books, and…

…was betrayed into purple passages, sentences without meaning, decorative adjectives and humbug generally.

So influential has Orwell’s work been on the English language that the term Orwellian is now synonymous with a policy of control by propaganda, surveillance, misinformation, denial of truth, and manipulation of the past. 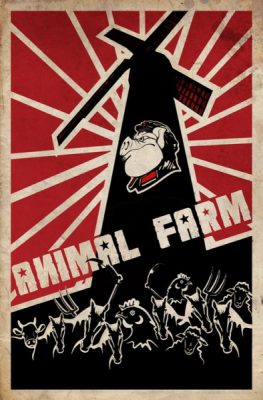 Orwell’s novels, Animal Farm [1945] and 1984 [published 1949] are now classics of popular and political culture, selling over 50 million copies between them.