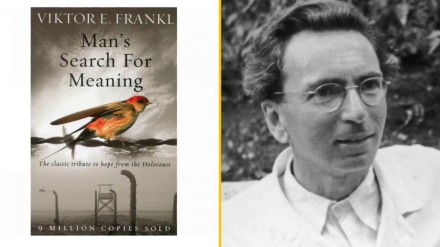 In Victor Frankl’s treatise ‘Man’s Search For Meaning‘, he compares suffering to a gas. It will fill any space it’s given.

The 1946 book, first published under the title ‘From Death-camp to Existentialism‘ chronicled Frankl’s experiences as a prisoner in Nazi concentration camps during World War II. In it he examines the effects of extreme suffering on the human psyche and outlines the early formation of his life’s work as a psychiatry, namely his method of ‘logotherapy‘ a process by which a patient identifies a purpose in life. At the time of Frankl’s death in 1997, the book had sold over 10 million copies and had been translated into 24 languages.

Frankl identified that inside the concentration camp, almost any circumstance, great or small, suffering or joy could fill it. For example, a starving, half frozen prisoner of war, deprived of all freedoms, dignity and comforts and driven to work in degrading conditions, can pause and note a beautiful sunset, feeling a moment of joy.

Conversely, a man, well fed, free, warm, wealthy and honoured could feel intense existential suffering for want of any sense of life meaning.

So is the human condition, both fragile and curious.