I have recently moved to London and blogging has taken a bit of a back seat to job hunting, finding new friends and routines, new weather and more.

London is an amazing city, the seat of the British Empire. The city is layered with every era of art, architecture, literature, philosophy and political upheaval usually only accessed through school books.

Just living here is an education. 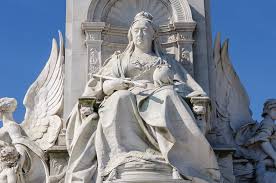 As an Aussie in London, I’m struck with the power of “empirical” imagery in a the city streets, free to view from pavements for both rich and poor. There are statues of Victoria, Wellington, Nelson and Bodicea, an Obelisk taken from Egypt, dragon markers to outline the borders of the City of London, sphinxes on park benches, a Unicorn on the coat of arms, Griffins, a winged bull , Peter Pan in Hyde Park and the list goes on.

As a child of the “new-colonies” as we antipodeans are historically referred to, such regal imagery in public places is somewhat curious and wonderful. The importance of such imagery does not go unobserved.

Herodotus was noted as “father of history” for his inquiry ‘historia’ into the events surrounding the Greco-Persian wars of the 5th century BC.  He collected his materials systematically and critically, and then arranged them into a historiographic narrative thus breaking with the Homeric tradition to poetically allude to mythic origins.

However, even Herodotus could not help tracing the genealogies of human kings to the divine nor recount the significance of the oracles on the behaviours of men.

Herodotus worked under a common ancient Greek cultural assumption that the way events are remembered and retold (e.g. in myths or legends) produces a valid kind of understanding, even when this retelling is not entirely factual. For Herodotus, then, it takes both myth and history to produce truthful understanding.

London tells a story on its streets, its squares, its cornices and its parks. Not only are there everywhere images of leaders, monarchs, notable men and women of history but these leaders are co-conspirators with creatures of myth and legend as though standing in a line of history which reaches back into the realm of dreams and myths itself.

Such mythic imagery, gives the Empire gravitas. A propaganda of sorts. And yet, perhaps like Herodotus we learn that it takes both myth and history to produce a truthful understanding of ourselves.

Indeed. An Empire is certainly made of more than guns and steel. It’s made of the narratives that weave the hearts of its people together.

One thought on “Empire Talks”