First published in 1922, by Margery Williams, The Velveteen Rabbit is a classic children’s tale, often rated as one of the Top 100 Books for Children.

It is a simply tale, of a toy rabbit who dreams of becoming ‘real’. Made of velvet corduroy fabric, the velveteen rabbit is given to a young boy for Christmas. Initially overlooked by the boy, the Velveteen Rabbit hears from one of the oldest nursery toys, the old Skin Horse, that toys can become real due to the love of their child. To the Velveteen Rabbit his chances of becoming real are slim. 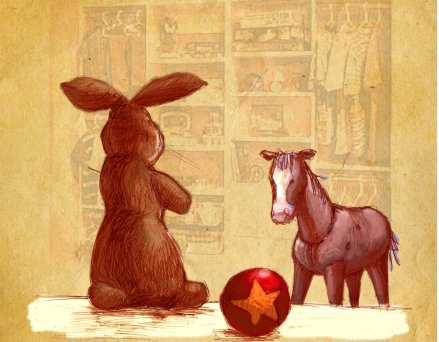 One night, the boys Nana gives the rabbit to him at bedtime, and soon he becomes the boy’s favourite, accompanying him on picnics and outings. At one summer picnic, the Velveteen Rabbit encounters some real rabbits who point out he cannot hop and so is not ‘real’.

When the boy falls ill with Scarlet Fever, the doctor orders him away to the seaside and all his toys and books burnt. The Velveteen Rabbit, shabby and old,  is taken out in a sack to the garden where he sadly remembers his life with the boy. Here he meets a Nursery Magic Fairy who grants him a kiss.

The following spring, the boy is visited by a rabbit who reminds him of his old toy, the Velveteen Rabbit. 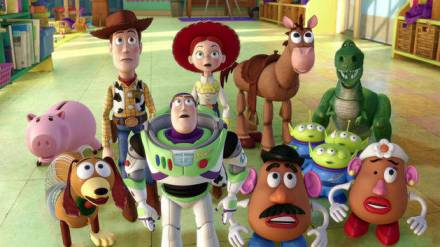 A precursor of the very popular “Toy Story” franchise, this story inhabits the world of a child’s imagination, the realm of their nursery and the toys who live there and are active when the lights turn off.

Moreover, it explores the life of these imaginations and whether they take a life of their own, due to being loved.  Not unlike the story of Pinocchio, it examines the journey of a toy, to become “real”, a journey for which Pinocchio must follow the character arc of a “heroic quest” to become reborn as a “real boy”.

Either way, these stories illustrate human existential questions. What is beyond this mortal coil? Are we but toys in a grand play room, to become moth eaten and discarded?

If we love and are truly loved, must there be something beyond, a greater “reality” to which be belong- something that lives on because of love?

Unfortunately some ill health has hindered regular blog posts and so instead share this great video by TED-Ed titled “What makes something “Kafkaesque“.

The term Kafkaesque tends to describe unnecessarily complicated and frustrating experiences, especially with bureaucracy. Such frustration was used by Franz Kafka [1883-1924] to articulate his sense of existential anxiety and alienation and to capture the feeling of striving in the face of bleakness, hope in the face of hopelessness.

Franz Kafka was one of the most significant Modernist writers of the 20th century along side with Jean Louis Borges, Ernest Hemingway, Bertolt Brecht, T. S. Eliot,  and more.

Conflict is the bread and butter of narrative.

Put an exploding bomb threat into a story and one gains pace, tension and agency. Put a supernatural being of evil intent into a confined space with unsuspecting victims, and one gains heightened adrenaline rushes. 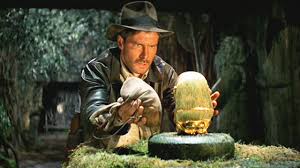 What is significant to both games and stories is that the creation of rules necessary to an fully immersive experience. Placing tightly buttoned rules around characters – rules of etiquette, legitimacy, land title, inheritance, and so forth – effectively binds protagonists into both a believable universe worth investing emotional energy in, and also creates a highly tense, problem ridden one.

Aristotle in his seminal work Poetics, describe the primary motivator for a protagonist to be a wound, a life forming incident which leads them astray and into conflict. As an audience we want to follow them to find out how they resolve it, or find catharsis..

The greater the conflict or the limitations around the protagonists on this journey, the greater the emotional release, the catharsis, upon resolution.

Give characters hateful parents, remove them of parentage as strays or orphans, constrict them as “bastards” without any chance of legitimacy or claim to title, confine them as slaves, restrict them as women without rights, or give them a deformity or curse them as outcasts, place them within intricate systems of religious belief, confine them to socioeconomic controls or limit them within elaborate traditions which demarcate what they can and cannot do.

In other words, place blockages for your protagonists at every turn, the more that exist, the more tension is built, and the greater the payoff when they break through to liberty.

These are steps to human freedoms.

Stories, which are made of the creation and release of tension, are thus fed by the hero journey, or the journey of the human towards freedom.

However, the hero journey tells us that ultimately, there comes a point where the human cannot progress further into freedoms without facing an ultimate sacrifice. Freedom is only truly won  by the very surrender of what is sought.

At this point the hero faces a “death” experience – a death to freedom itself, lest freedom become a new task master not unlike the old. This death to self, and self-giving to others,  prompts the rebirth of an enlightened hero, in possession of not only freedom but connectivity to hope again.

Having recently absorbed a whole season of Netflix-original Bloodline, that’s 13 hours of television viewing in the space of a few weeks, I have been impressed upon by, not only the marvel of on-demand long-form drama, but also the importance of the genre of tragedy.

Bloodline is thriller-drama based around several generations of the Rayburn family. It focuses on the return of black-sheep Danny, to the Rayburn home in Florida Keys on the occasion of the 45th wedding anniversary of his parents. Several decades of lies and family secrets are slowly uncovered, leading to greater and greater treachery and ultimately, tragedy. 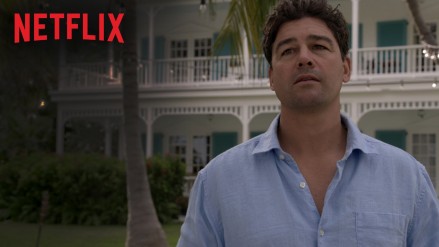 Percy Shelley in his essay, “A Defense of Poetry” famously stated,

Poets are the unacknowledged legislators of the world.

Tragedy is an interesting example of such legislation, as the catharsis it offers is often a reaffirmation of just desserts for hubris. Protagonists of tragedy rarely emerge unscathed, and if they do their lessons are sorely learned.

A theme of Bear Skin is how the hard stuff of life such as conflict, tension, pain, sorrow, and misunderstandings can be redeemed through story. Story tellers combine these raw elements with a character journey and use the readers inherent sense of justice to create a crescendo of crisis.

Resolution then occurs through catharsis or emotional release, often through the payoff required by justice. If our protagonist is not, as it were, caught by conventional justice or punished for their crimes, they often suffer worse through pain, guilt, trauma or an ever increasing slide into self compromise.

Why tragedy then? Why do we or anyone want stories about people suffering? Tolstoy, Shakespeare and the Greek playwrights old all knew the power of tragic narrative.

Tragedy presents us with a protagonist full of foibles, flaws, human faults, and vices. The audience is invited to both empathise with the protagonist, but also to judge with the objectivity of a third party observer.

By creating a degree of separation, the story-teller can lead the audience through the experience of cleansing punishment experienced by the protagonist or the key players, and to process internal behaviour change, without deep self-mortification.

Tragedy is in many cases, salvation, for it is another who suffers for our sins. We observe the evils, the justified motives, the small steps which lead to a crime – and while we can empathise with their journey, and we suffer with them, we are reborn to live anew.

Waking as from a dream, we return to life, granted a second chance, the chance to live a better, wiser, more integrated life.