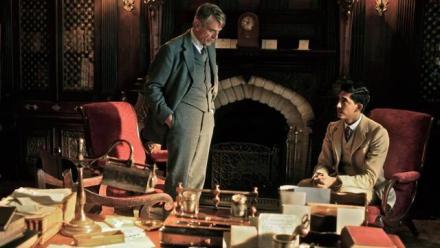 Srinivasa Ramanujan [1887-1920] was a Tamil Indian mathematician, who in relative isolation and without almost any formal training, made extraordinary contributions to mathematical analysis, number theory, infinite series, and continued fractions.

In 1913, he wrote a series of letters to scholars at Cambridge University and caught the attention of British mathematician G. H. Hardy, who realized that Ramanujan had rediscovered previously known theorems in addition to producing new ones.

“The Man Who Knew Infinity” is a 2015  British film made about his life. It was based on the 1991 novel of the same name by Robert Kanigal and focuses on the tension Ramanujan faced being accepted by the academic elite due to his foreign birth and lack of training.

This academic reserve was only compounded by Ramanujan’s devout religious fervor and confessions that he felt the revelations of mathematical proofs that came to his intuition, were from God.

An equation for me has no meaning unless it represents a thought of God.

Hardy, an avowed atheist, opposed Ramanujan’s intuitive methods throughout their relationship, demanding of him proofs to establish the validity of this theories. A dyed-in-the-wool modernist, Hardy could not but maintain a dry tolerance for Ramanujan’s strange, eastern, mystical ways. 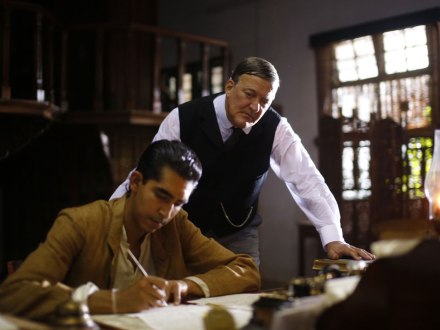 However, across the course of the film Hardy changes his views and in the closing scenes Hardy, played by Jeremy Irons, admits before his peers at the Mathematical Society:

We are merely explorers of infinity in the pursuit of absolute perfection.

His conclusion: maybe, somewhere beyond his world of scientific proofs, there is something that explains the existence of the beautiful patterns of the mathematical world. Maybe there is something or someone that can only be discerned by intuition, not by proofs, but by reveling in the marvelous fingerprints of mathematical equations which exist in all their elegance, to be discovered by subtle minds like Ramanujan’s.

Maybe, just maybe, as a civilization we grow in our scientific knowledge, we are not growing out of a belief in God, but only moving deeper in our wonder and awe of the world, deeper towards a knowledge of God.