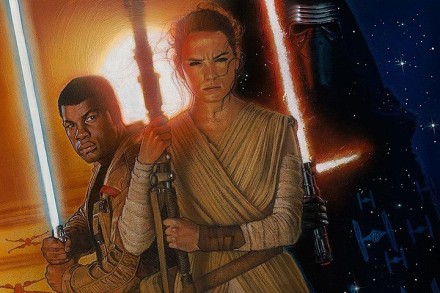 In 1977, Star Wars – A New Hope, launched a whole generation on a journey with a farm boy from a desert planet, to the discovery  of a mysterious destiny and a mysterious power, to meet a whole litany of curious friends and foes and to reveal a unique courage and mission to save the galaxy.

Lucas was a self-confessed Joseph Campbell fan and his use of the Hero Journey to frame the Skywalker journey is marked. As such, it resonated with epics and classic tales told for generations. 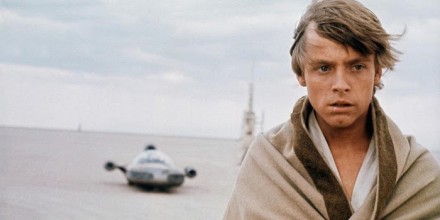 The next episode, The Empire Strikes Back took the same cast of characters into a deeper journey of love, loyalty and self discovery. Continuing with the Skywalker journey, the film dove into one of the most timeless horror motifs of fairy tale and myth – that of the murderous parent.

Grimm’s Tales abound with step-parents who would murder their child, lock them in towers, poison them or abandon them to witches and wolves. The most primal love story of parent-child is turned on its head as child struggles to find not only life but the meaning of love.

Return of the Jedi simply closed the chapter with Skywalker as he emerged from a crysalis of youth into maturity of a Jedi, facing not only his foes but his most dread fear. He overcame hate with compassion, dissolved darkness with light and again restored peace to the galaxy. It’s another Hero Journey extraordinaire. 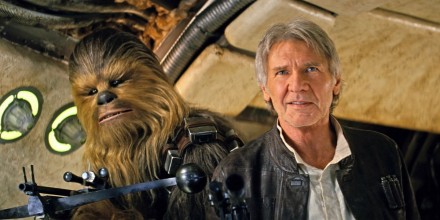 The most recent iteration, Episode VII, The Force Awakens, [2015], was a much feted reboot of the originals by wunderkind J.J. Abrams. The film, starring many of the original cast members, was however, a rather disappointingly repetitious revisit of the same mythical narrative tropes.

Nothing truly took the story forward.

It feels as if we are reliving “A New Hope“. We are introduced all over again to a disenfranchised orphan [this time a girl], and we follow her journey as she discovers a mysterious destiny and a mysterious power, encounters a whole litany of curious friends and foes and and discovers a unique courage and opportunity to face and thwart evil.

Not only did it repeat many elements of Episode IV, but the characters are only briefly developed and even the protagonist Rey is one-dimensionally perfect. She can fight, she can fly, she can wield the force without training, she is beautiful and good. One feels we are truly in a Disney movie with a modern day princess as our heroine. There is no petulant selfishness of Luke Skywalker nor his journey of growth. 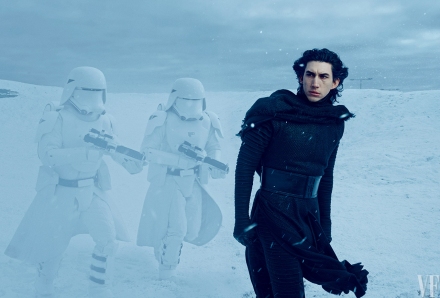 The most interesting character is the son of Leia Organa and Han Solo – now the prince of the First Order. Professing allegiance to his grandfather, Darth Vader, Ben Solo seeks to grow his power and suppress his confused feelings of love or compassion. The ultimate test for this young Jedi is to sacrifice what is most dear to him, to prove power and vengeance are most justified.

This point of tension, reverses the narrative motif of The Empire Strikes Back. No longer murderous parent – we see the inverse – murderous son.

His journey is an ultimately human one, feeling betrayal he seeks to free himself to greatness by removing the father who disappointed him. The nuance of the Dark side of the force here is sharpened.

No longer do we see the dark side to be pure hate, fear, vengeance or lust for power, as established by the Anakin / Darth Vader story. No,  now it portrayed as a necessary and justified path to self fulfilment.

Interestingly the German philosopher Frierich Neitzsche’s ‘will to power’ was the bedrock and foundation of much of Hitler’s Nazi philosophy.

It will be interesting to see where the Ben Solo journey takes us in coming instalments and how the epic and mythic narrative types are deepened and extended.