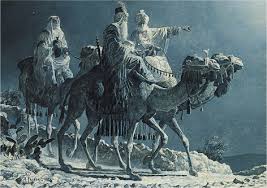 The Christmas Nativity story is marked by visits from wise men [Matt 2:1], or Magi [plural for Magus Latin, or Magos Greek] from the East.

It is commonly believed to be wise men to be Zoroastrians from Persia.  The Prophet Zoroaster [c. 1500 BC]  was the founder of the Magi and “inventor” of both astrology and magic and the word, magi still survives in the modern-day words “magic ” and “magician”.

Harry Potter eat your heart out. 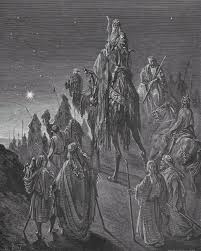 Zoroastrianism was a monotheistic faith that developed in Persia from 1500 BC while Abrahamic monotheism can be dated to 2000BC. Zoroastrians, while astrologers and alchemists, were opposed to sorcery and their beliefs were marked by strong polarities between good and evil, dark and light and Messianism – a belief that a king will rise to reconcile the cosmic battle between light and dark.

The wise men of the East feature in biblical accounts of Daniel. Daniel served under two Chaldean-Babylonian kings, Nebuchadnezzar and his son Belteshazzar, and one Medo-Persian Darius. Daniel predicted the rise of a kingdom which would be greater than other kingdoms and take over the world. 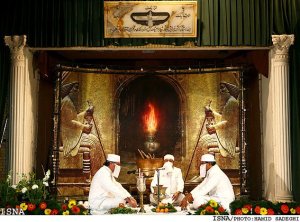 Old Testament scripture that dates after the exile is noted to be affected by Zoroastrianism as it takes on strong imagery of dark and light, motifs of angels and demons, heaven and hell. These polarities of Second Temple Judaism can be contrasted to the strong monotheism of traditional Judaism. In the Torah, the first five books, the Book of Job and other earlier writings,  God was ONE and held polarities of justice and mercy together. God [not an evil force] was to be feared as judge, Satan was more “accuser” than demon, bringing cases before YHWH for his judgement.  Death was a grey waste called Sheol, and the afterlife was a form of reincarnation.

Zoroastrians used their astrology to follow the signs to where the infant Christ lived with his parents. Their arrival signified the fulfillment of prophecies concerning the nations coming to see the light of Israel, bringing their tribute and fealty [Ps 72:11, Isa 60:11]. The arrival of the Magi to honour the birth of Christ is perhaps thus a look back to how Judaism was nuanced by the monotheism and messianism of the Zoroastrians. Or perhaps it is a look forward to the Age to come when all those who seek God in spirit and in truth, acknowledged the Messiah, the whole point of and culmination of scripture. 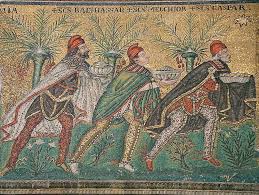