First published in 1868, The Idiot, by Fyodor Dostoevsky has long been a favorite of Russian literature.

The novel seeks to expose the tragedy that occurs when a truly good and beautiful human being encounters the rudeness and cruelty of the real world. Its character portrayal is likened to another literary great, the 17th century Spanish classic, Don Quixote.

The Idiot gains its title from the central character, Prince Lyov Nikolaevich Myshkin [Myshkin], a young man troubled by epilepsy which was at the time equated with simplicity of mind, or idiocy.  His condition highlights his goodness and open-hearted simplicity and much of the novels tension is created by his interaction with characters who mistakenly assume that he lacks intelligence and insight.

Dostoevsky’s account of one man’s struggle with the conflicts, desires, passions and egoism of worldly society is according to philosopher A.C. Grayling, is:

..one of the most excoriating, compelling and remarkable books ever written; and without question one of the greatest.

So, what happens when the ideal human being comes into the real world?

The world that Prince Myshkin enters is one of moral corruption and decay. With money as the principal object of importance, the value of human dignity and the source of human love are redefined in relationship to it. Beautiful, intelligent women such as Nastassya Filippovna, are objectified, dishonored and consequently destroyed by the people who supposedly love and desire them. 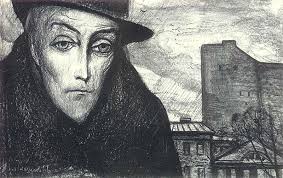 This world of the novel is also full of drunks and rogues, even murderers,  and a high society full of superficial nothings who are surrounded by self serving underlings seeking a high position.

In contrast to this world, Prince Myshkin stands out with simple goodness.

In the midst of this world Dostoevsky depicts Myshkin as an almost Christ-like character, epitomised so by his immense compassion and love for others.  The novel contains an series of encounters between Myshkin and the other characters, many of whom have committed offenses against him. His attempts at assisting them even after their slights, emphasise his selfless compassion.

The novel is a tragic satire. Dosotoevksy used the novel to discuss and critique Russian Christianity. In it Prince Myshkin describes religion as an immensely strong feeling similar to joy, the joy God feels for his creation. For him, true religion is more akin to a feeling than a set of rules to follow.

This idiotic sentiment of his leads him only to suffering. Though he attempts to help those around him, he fails and this failure, finally drives him to insanity. The tragedy of the novel is that it would seem his effect on this world is ultimately zero.

Does Myshkin fail to bring good? Is his own goodness inverted and manipulated, leading to the destruction of both himself and his ideal?

The novel remains a classic for its embodiment of true religion, one of compassion and a quest to right injustice. It remains a timely warning against the vices of wealth and privilege and false morality. And it points beyond itself to the truest man, the one who suffered so that we might see inequalities redressed and true humanity valued. 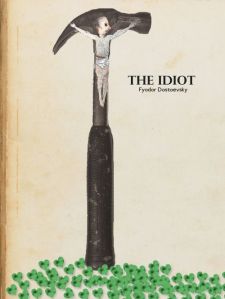