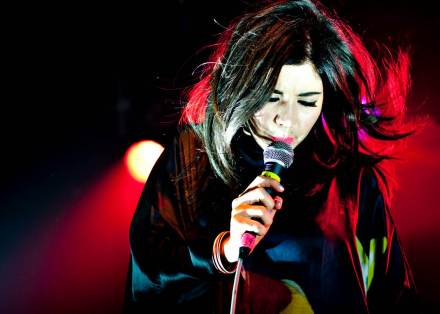 It’s been a while, but with pleasure we introduce the next guest piece by Bear Skin regular Damien Shalley. Here is his prologue:

Damien Shalley is NOT an undercover counter-intelligence agent using the deep-cover name Michael Wotruba. And please stop calling him Mike at the supermarket, it’s not funny, Damien Shalley has never been convicted of any crime.  Charged, yes, but never convicted.  Damien Shalley has never visited Washington, Wasilla or Walla Walla, although he has seen the movie “Wild Women of Wango Wango”.Damien Shalley’s goldfish Dave laid three hundred eggs this weekend, leading to the obvious comment – “Nice work buddy.”

The Angel’s Name was Glittering Gabriel:

“Marina and the Diamonds”

Little Greek girls don’t grow up to be pop stars in the UK.  Except for Marina Lambrini Diamandis, a solo artist who uses the stage name “Marina and the Diamonds”.  Welsh by birth but of Greek heritage, Diamandis is a talent who could not be contained.  Sheer force of will (and her amazing voice) allowed her to break down all barriers and secure a major recording deal.  She can also write a catchy, hook-laden pop tune – nearly a lost art form today, or so it seems.  In her rollicking romp of a track “Shampain”, she speaks of a glittering angel who propelled her towards this vocation.  One must not ignore the angels.

Currently undertaking the “Neon Nature” world tour in support of her new album “Froot”, Marina will (hopefully) hit Australian shores later this year.  Her engrossing and utterly uplifting stage show is a true experience – beautifully crafted pop melodies delivered by an authentic (and energetic) artist.  She has often said that the word “Diamonds” in “Marina and the Diamonds” references her fans, not her backing band (which incidentally is awesome).  Be in the audience when she gets here and be one of those beautiful jewels.  Shine on you crazy Diamond(is)! 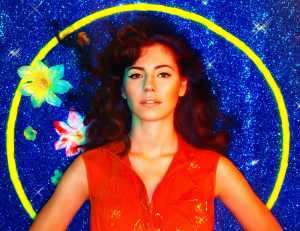 From a musical perspective, if indie, electro-pop and new wave had a baby, the child’s’s gleeful, cooing and effervescent love gurgles would probably sound a lot like Marina Diamandis’ music. It would be delightfully engaging and beautiful, just not easy to define.  Diamandis has been diagnosed with a condition called “synaesthesia” a syndrome common to artists throughout the centuries in which the affected person “hears” colours and visually “sees” sounds.  She also has alternate perceptions of concepts such days of the week, associating them with particular musical notes.  Synaesthesia has no bearing on intellect.  This interesting anecdote not only helps to identify the wellspring of her talent, it is also scientific proof that artists are truly “different”. 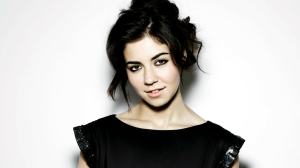 Music was in a state of flux in the late 2000’s.  The ubiquity of rap had become monotonous and a few brazen pop challengers set out to steal the keys to the kingdom.  Standing out like members of the PLO at a Bar Mitzvah, they attracted derision and open hostility in a music milieu geared almost exclusively toward “urban”.  If you had a sparkly electro-pop recording with a sound vaguely reminiscent of the 80’s, you might as well have thrown it off a bridge.  Then thrown yourself off too, and don’t bother leaving a note.  Just ask Peaches.  (Ever heard of her? Didn’t think so!)

There were of course, rare exceptions – musical “outliers” with the ability to produce compelling and irresistible new sounds that couldn’t be ignored.  Sweden’s Robyn, an electro pop princess with a deliberately spare, purely digital sound and provocative lyrics, rocked the boat considerably with her subversively sexy self-titled debut.  Icona Pop and the sublimely anachronistic La Roux pitched to pop purists, the latter mimicking almost perfectly (and very deliberately) the sound of 1983.  An earlier and very sophisticated attempt to revive classic electro-dance music came from the assured and audacious Goldfrapp (Alison Goldfrapp and Will Gregory) in 2005.  Their incredible “Supernature” album, the absolute “gold” standard for quality new electronic dance music, made US “electric hearts” skip a beat and the music biz take notice.  (For your Bear Skin correspondent, the enthralling bliss of hearing Goldfrapp’s “Ride a White Horse” for the first time on a car radio almost resulted in me going off a bridge.  Keep your eyes on the road Bear Skinners!)  So with the way somewhat paved for her, or at least with music executives willing to consider electronic pop again, Marina Diamandis made her play.

Musical and ambitious (she had been composing music on a keyboard since her teens), Diamandis moved from Wales to London to actively pursue a music career.  She studied dance and composition briefly at tertiary level before attempting to break into the music business by auditioning for musical productions and actively courting industry representatives.  After numerous rejections and failures, she secured a manager in 2008 and obtained a number of supporting gigs for “name” talent which led her to the attention of Warner Music UK.  After lengthy negotiations, a deal was signed and the ascent of Marina Diamandis commenced, an ascent which succeeded, stuttered and revived – an ascent which is now bearing the sweetest of fruit. (Or “Froot”, if you follow). 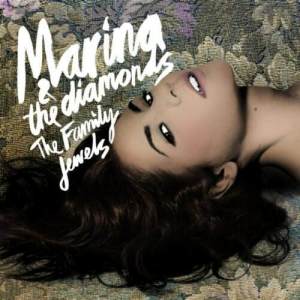 Her major label debut  “The Family Jewels” (2010) is a collection of tracks which alternate between new-wave influenced pop with galloping, synthesizer hearts and avante garde indie tunes with unusual (some might say affected) vocal stylings.  Diamandis’ vocal delivery occasionally sounds like a combination of Karen O (Yeah Yeah Yeah’s) and Kate Bush on meth – weirdly operatic and off-kilter.  Sometimes she’s just singing bread and butter pop.  “Are You Satisfied?”, “I Am Not a Robot” and the instant classic “Shampain” are enlivening creations that balance pop sensibilities and artistic expression.  Pick your favourite and enjoy a disappointment-free listing experience.

Diamandis found her musical horizons expanding when Atlantic Records began distributing an EP of her material in the United States called “The American Jewels”.  It featured the infectious track “Hollywood”, and was supported with a superbly insouciant video for the song which received national airplay.  Transatlantic name recognition followed, as did sales.  “Art”, please meet “commerce”! 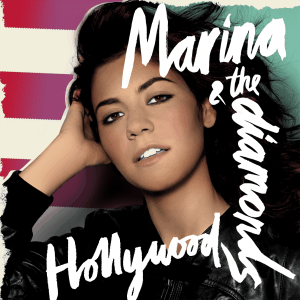 In 2012, Diamandis released “Electra Heart”.  A joyously unbridled electro-pop outing with a concept-album twist, this release saw her “indie” edges eliminated in favour of polished pop sheen.  Diamandis infused the proceedings with a strange narrative – the album is somehow supposed to represent her views on various “states of womanhood” – but this was lost on most listeners, who could only hear pop songs.  Successful concept albums have a strong theme and often present linking material between tracks to keep listeners engaged.  “Electra Heart” has some truly great commercial pop (“Primadonna”, “Bubblegum Bitch”, “Sex Yeah”), but it doesn’t resonate in any way as a “concept” album or as anything other than the most obvious statement about the life we all share.  Touring in support of the album, Diamandis adopted the “Electra Heart” persona; a silver-blonde Jackie O-esque caricature as the vessel for some of these confronting opinions.  Her bizarre assertion in the otherwise pop-tastic “Sex Yeah” that the key to women’s freedom is some kind of strange religious deference to their true sexual identities left many people scratching their heads.  Interestingly, this album was her first official No. 1 in the U.K., but represented the lowest-selling number-one record of the 21st century in that territory. 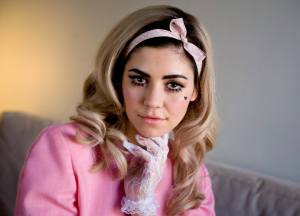 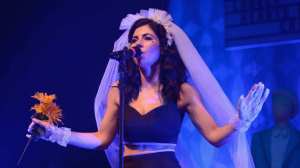 People liked the tunes – the American market continued to open up for her at this time – but not everybody opened up to Ms. Electra.  This persona was unceremoniously ditched after the tour.  People don’t like too much social commentary with their pop, apparently.  The U.K.’s Guardian newspaper quizzed Diamandis about this issue, asking whether the Electra Heart persona was a good idea and whether she he saw herself as an artist or a pop star. 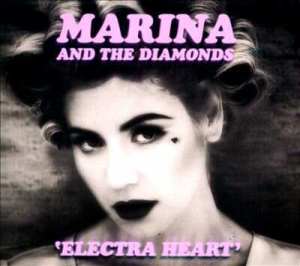 Are you a pop star? (Guardian)
(MD) “I don’t think so. There’s a bit of a split with me; some people would see me like that and some wouldn’t. It depends when they followed me from, the first album or the second. The second album got me a lot more pop fans. I don’t feel like a pop artist, but I do love pop stars. The media spotlight changes the definition between a pop star and a pop artist, I think.” (Cragg, Michael, “Marina and the Diamonds: I Killed Electra Heart with Sleeping Pills”, The Guardian, 30 January, 2015).  Life 101: One can never know entirely how ones’ art will be interpreted. Marina moved on. 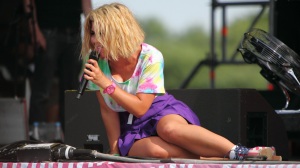 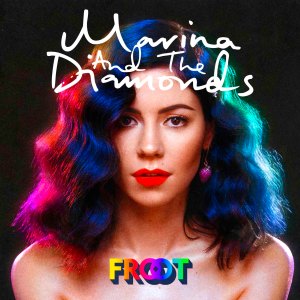 In 2015, the third Marina and the Diamonds album was released.  Called “Froot”, it managed to combine the two halves of the whole that make up the musical psyche of Marina Diamandis.  It certainly contains pop (and some overtly disco-inspired grooves), but it all feels very artful and honest.  The album could almost be described as true detente between indie art and pop commerce.  It’s less a compromise and more a heartfelt whole.  You get the cool and the catchy alongside the heartfelt and reflective.  This near-perfect summation from the Guardian newspaper says it all.  “Bouncing about the stage to “Bubblegum Bitch”, Diamandis shows no remorse for the generic pop of her last LP, “Electra Heart”, which stripped away her quirky affectations in favour of bland, blonde ambition. With “Froot”, however, Diamandis has found an organic and fertile middle ground. “Blue” brilliantly marries her synth past with a more disco-influenced present, combining both with an irresistible chorus. “Can’t Pin Me Down” shows her snappy, sassy songwriting at full stretch”. (Clarke, Betty, The Guardian, Friday 13 March, 2015).

Diamandis is currently on the ascendancy in the U.K and in America, touring widely after having cracked the U.S. Billboard Top Ten with her new offering.  Newly married, happy and confident, we’ll be seeing and hearing a lot more from Ms. Marina soon.

People often say that pop music doesn’t matter, that it is minor and insignificant.  In reality, it is of as much consequence as Picasso – human expression that affects millions.  And that makes it incredibly important. 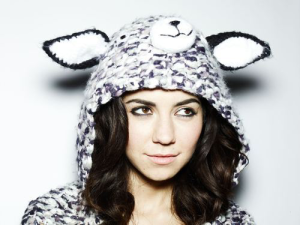 Marina and the Diamonds Discography