Recently Stephen Fry created waves by declaring the Judeo-Christian  God to be capriciuos, mean minded and an “utter maniac”  for creating a world full of injustice and pain.

For him athiesm is a much more internally consistent belief system.

It avoids the prickly internal contradiction that maintains there is an all knowing , all good and all powerful God responsible for this world who is also desiring of our unending grattitude and praise.

Cultural commentator Russell Brand, mouthpiece for the spiritual awakening pervasive in western culture , had his reply on The Trews.

The debate is interesting because it drills down beyond dogma into the narrative of belief systems. Every world view has a story at its heart and from this core narrative we draw the meaning of our existence.

The narrative of Buddhism says suffering is an illusion tied to desire. If we achieve detachment from desire we can escape the world of suffering and so the world of rebirth. 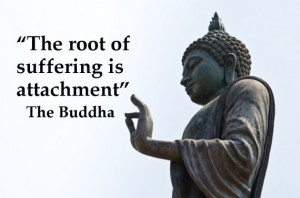 The narrative of Hinduism says suffering is merited, and karmic cycles deliver suffering upon us for past misdemeanours. 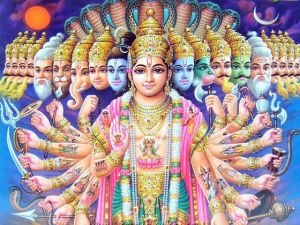 The narrative of Islam says God is far greater than humanity, and God’s greater wisdom means humans cannot understand the meaning of their suffering. 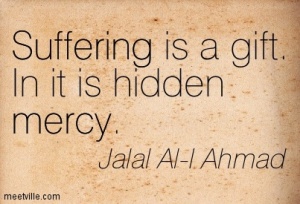 The narrative of athiesm says says suffering is entirely meaningless [as is joy or evil]. The locus of reality lies in existential being. 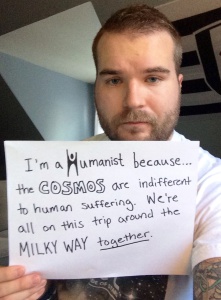 What all these narratives agree on is that suffering incites in us a sense of justice. From it we gain a sense of meaning outside of our own experiences, a solidarity with others who suffer. Suffering gives us a  knowledge that all is not right with this world and that suffering is inherently wrong for the human condition.

The Hebrew understanding of suffering to me offers the most profound illustration in the Book of Job.

The narrative of Job shows that suffering is real and it is often unmerited. Job choses not to resign himself to God’s mystery.

His suffering presses him to go beyond religion.

Job then has the choice to turn from God to nihilism but instead he turns TO God with a daring challenge. “Show yourself.”

God created this mess and so only God can stand between an imperfect humanity and a perfect God and arbitrate.

In doing so, Job is declared righteous, as righteous as any of the covenant. It’s not blood sacrifice, circumcision, baptism, church attendance, meditation, renunciation, humility, pennance, piety or prayers that God smiles upon. From the very beginning it’s faith.

It’s the vision of God standing between us and Godself, a God-man ultimately carrying our suffering.

This redemption gives ultimate meaning to our suffering, not removing it but bearing with us, walking with us, taking away our tears with a glorious future hope.

6 thoughts on “On Suffering”