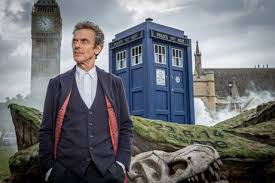 Dr Who and its memorable theme song have graced our TV screens since the 60s and have become cult favourites worldwide. 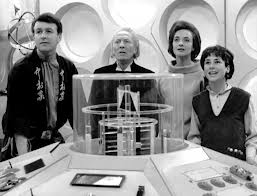 A Time Lord from the planet Gallifrey, the Doctor, travels in a TARDIS, which appears as a blue British Police Box. It’s chameleon circuit which allows it to take on the appearance of local objects, broke forever fixing it in its 1960s form. 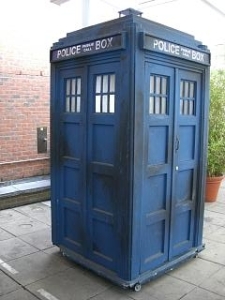 The Doctor is a sci-fi Sherlock Holmes. Shedding one form and taking on another, he is a deathless being, bent on saving civilisations from various alien foes, and  gathering a series of pretty female companions in his travels.

His time machine, the TARDIS is an anagram for Time and Relative Dimension In Space and interestingly, it is not a time machine so much as a portal. The Fourth doctor, my favourite, played by Tom Baker, once explained its curious properties.

The Doctor explained to companion Leela how the TARDIS can be bigger inside than out.  He uses the analogy of how a larger cube might appear to be able to fit inside a smaller one were the larger cube further away.

By making the two immediately accessible at the same time, the TARDIS creates, Dimensional Transcendentalism.

In an earlier post, I touched on how stories have the capability to transport the reader through time. Stephen Hawking discussed the yet unexplored field of Imaginary Time by science fiction writers, and in many ways every book we read is a TARDIS.

While so small in appearance, within its covers lies a whole new dimension of sight, sound, taste, touch and feel. Travellers who enter this TARDIS, rarely come out the same.