“The pure and simple truth is rarely pure and never simple.” ― Oscar Wilde, The Importance of Being Earnest

Oscar Wilde was famous for his wit, and satire.  One of the most famous playwrights of the 19th C he specialised in pointing out duplicitous behaviour, vanity and vice. While on the surface he produced witty comedies,  underneath he critiqued society forcing the audience to soften harsh social codes.

“Morality is simply the attitude we adopt towards people we personally dislike.” ― Oscar Wilde, An Ideal Husband 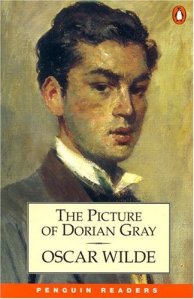 Wilde managed to change the behaviour and attitudes of his and subsequent generations by pointing out harsh moral codes such as gender roles, attitudes to illegitimacy, and sexual and religious mores. Wilde also presented his own flamboyant passion aestheticism in the face of Victorian asceticism. How can one man’s literary endavours be so powerful upon society?

“Paradoxically though it may seem, it is none the less true that life imitates art far more than art imitates life.” ― Oscar Wilde

How can this be so ? How can art and narrative be so instructive ? This power of story is what I would like to explore. In this case the genre of satire. The following definition begins to analyse the power of satire:

Satire is a genre , in which vices, follies, abuses, and shortcomings are held up to ridicule, ideally with the intent of shaming individuals, corporations, government or society itself, into improvement. Although satire is usually meant to be humorous, its greater purpose is often constructive social criticism using wit as a weapon and as a tool to draw attention to both particular and wider issues in society. Satire ranges in “degrees of biting” from the hot end to kidding and lesser evils. Teasing however is  limited to a  shallow parody of appearance or nature, drawing empathy towards the individual it is directed towards. Satire instead goes against the power and its oppressors, it is subversive in nature with moral dimension drawing judgement against its targets.

Narrative shows, as though through dream, the words and actions of another. The protagonist invariably represents the self – their foibles, our human faults, their vices, our human ills.  Such imagery allows the audience to see and to judge with objectivity. The audience can address the “log in one’s own eye”, with the same clarity with which we “remove the speck from our neighbours eye.” The protagonist can bear the weight of judgement, like a scape-goat, effectively allowing behaviour change without deep self-mortification.

“Man is least himself when he talks in his own person. Give him a mask, and he will tell you the truth.” ― Oscar Wilde

Satire differs greatly from the literary genre of absurdism, characteristic of some literature in the 20th century, particularly around or post-world wars. Absurdism is characterised by nihilism, or a disbelief in any over arching meaning to life despite the earnest search on behalf of humanity. Samuel Beckett’s “Waiting for Godot” is a perfect example of absurdism. While sharing characteristics of satire, absurdism has no “norm” against which characters are held and so consequently no hope for a better world or change. The very search for meaning is absurd and thus vice and folly swim adrift alongside love and loyalty.

“Humanity takes itself too seriously. It is the world’s original sin. If the cave-man had known how to laugh, History would have been different.” ― Oscar Wilde, The Picture of Dorian Gray

To me the advent of absurdism signals the end of satire, the end of the ability to laugh at oneself, the end of our ability to hope for a better world or to challenge ourselves to change. The melancholy of absurdism, advented by existentialism, places meaning within the self, and not defined from any external realm of justice or truth.  The significance of “not” being too earnest, of retaining the ability to poke fun and to criticise ourselves and society, means we retain a belief in a better world, one where humans have a standard of behaviour and being conducive to human flourishing.

Art must keep us laughing.

“Life is far too important a thing ever to talk seriously about.” ― Oscar Wilde, Lady Windermere’s Fan