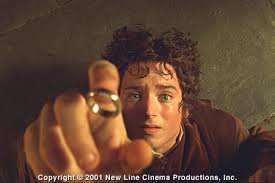 I have noticed as I get older, I become more empowered. This comes from multiple sources – as I age I become more comfortable with myself and less doubtful and self conscious. As I gain years, I learn more about the world and understand how things sit and how science works. I gain a certain perspective and acquire a certain cynicism, and all of this gives me a vantage point from which to approach life.

It’s curious to me that many people equate this personal journey with the turn of history. I hear, “we are so much more enlightened these days”.  Does this evolution within myself truly mirror social and historical cycles. Indeed, Europe emerged from the dark and middle ages into a scientific, artistic and cultural renaissance around the 14th c AD. The religious wars that ensued endowed Europe with caution and cynicism of the validity of religious beliefs, finding peace in humanism, rationalism, education. Growing scientific awareness, improved human conditions and greater peace in the land during this period instilled Europe with the supreme confidence of the 18th and 19th Century. In this time Darwin published his treatise on Natural Selection, artisans approached ever more impressive and realistic renditions, education and literacy levels spread throughout Europe with the rise of capitalism and democratic governments. Mechanisation brought about factories, cars, aeroplanes and weapons of war. Human confidence was at an all time high. By the end of this period we find the advent of a certain kind of confidence embodied in Friedrich Nietzsche and his work “Ubermensch” [the Super Man] and his catch-phrases “will to power” and “God is dead.”

However, what is often missed from these comments is that this rise and fall in confidence has existed as long as humanity has existed and in fact is cyclic or parabolic. The turn of the 20th century, wars, genocide, global warming etc. have all contributed to a plummeting sense of confidence in humanity and pure scientific rationalism, and a rising tide of interest in spirituality.

Our journeys are unique, yet curiously alike. We can all relate to the feeling that God is disinterested in the suffering of humanity and the fate of the planet. God does not deliver a destiny to us on a plate; it is ours to create. The tools are within our hands and if life is running stale it is only my fault. My decisions matter and my struggles make me.  As for who I marry, what career I choose, whether I suffer or gain, God does not really care. God is not there. The world is a mass of science and matter. As we emerge from youthful faith, we can feel along with Marx that “religion is the opiate of the masses” and a fairy story to fright good people into compliance. Life is wilder, stranger, meaner and more unpredictable than religion and religious people would have us believe.

Such belief brings a melancholy and loneliness, but also a sense of power. ‘I am not beholden to a mystical destiny. I hold the future in my hands. It’s me or no one that decides. I bear my suffering and also my future success or failure in my hands, alone’. The sense of power that this independence brings is curiously liberating.

In all of this tide of change,  fairy story itself remains constant in its messages to us of the bigger picture.

When Frodo, the smallest of all creatures, the humblest of beings in the epic narrative, Lord of the Rings, takes the ultimate weapon of power, he has one duty –  to destroy it. The ring can control and corrupt any of it’s holders but the little Hobbit has resisted it longer than normal. Even he struggles and falters in the delivery of the ring to its doom. Once destroyed however, the world can rebalance. As though discharging an intense voltage, the power can run back into all the nooks and crannies of life where it can nourish instead of consume.

When Harry attains the wand of ultimate power, the one to wield dominance over all creatures, he does the only thing good and just, he breaks the wand and drops it into a crevasse. Harry’s struggle with the wicked Voldemort has shown him the amassing of power brings death and consumption. The small acts of good people make the world a good place and power dispersed is the only way to foster this goodness.

From these tales I learn that:

When I consider a baby born in a barn, a carpenter in a backwater of the middle east, a man broken and dying between two criminals – I see how God works. Through the small, the humble and the good – power is broken and returned into the nooks and crannies of life where it can nourish instead of consume.